We have all heard about the earthquake that occurred recently in Dartmouth and you may have heard about my concerns regarding the plans to concentrate the two major 911 Emergency Communication Centers in one community.

Please read below. This is an email I sent today to the Federal Minister of Public Safety and Emergency Preparedness, expressing my deep concern over these plans, with related newspaper articles attached.

Attached are three news articles regarding the earthquakes that hit Dartmouth, Nova Scotia this week. The first earthquake was described as an “explosion” that “sent people scrambling”. 238 residents reported this event to Earthquakes Canada. 911 calls were reported and emergency vehicles were dispatched to the scene. After shocks were reported for two days.

If there ever was a wake up call about how reckless it is for the RCMP to concentrate the two major Nova Scotia 911 Emergency Communication Centers in one location, this is it. In the future a more significant earthquake could knock out both 911 major Emergency Communication Centers in Dartmouth. Almost all Nova Scotia emergency communications, and most police, fire, and ambulance dispatching will be lost when they are needed the most.

This RCMP move stems from the fact that the building at 80 Garland Avenue in Dartmouth is too large for the RCMP Headquarters. Much of the empty space has been vacant for seven years, but the RCMP does not want to share the space with any other government department. Treasury Board reports that rent on that building at $10,498,133.40 per year, including the vacant space. …for seven years.

To solve the seven year empty space problem, they are moving the Truro RCMP 911 Emergency Call Center to 80 Garland Avenue in order to help fill some of the vacant area.

It is time now to apply common sense and make the safety of all Nova Scotians the priority. The RCMP should call a halt to this move and maintain geographic separation between the two largest communication centers in Nova Scotia.

Every continuity manual referred to me by the Toronto Police Service, the Ontario Provincial Police, the National Emergency Number Association and the National Fire Protection Association specify that the number one continuity safety issue for emergency preparedness is “geographic separation” and “redundancy in communications”.

This move to concentrate the two major 911 Emergency Communication Centers in one community does exactly the opposite of those rules, and it should stop now. 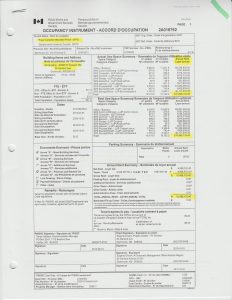 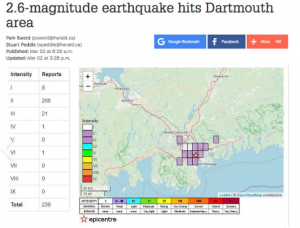 This entry was posted in News, RCMP and tagged 911, RCMP. Bookmark the permalink.