Another Letter Requesting Clarification on Why Evidence is Being Ignored

The attached quote from FEMA indicates that it is not safe to locate a major 911 police emergency call center between a DND Explosives Depot and a dock for foreign nuclear-powered submarines.

“Continuity facilities should have sufficient distance between the facility location and other facilities that are potential sources of disruptions or threats such as hazardous materials sites, nuclear power plants.”

Below is a CBC Article from 2017, which quotes a DND official:

Such an emergency evacuation plan would mean that the proposed RCMP 911 police call centre for Nova Scotia would be evacuated at the beginning of a potential disaster.  Even before the proposed 911 call center is open there is a plan to evacuate it.       DND recognizes the same risks as the FEMA report.

I assume that a similar evacuation plan exits for the DND nuclear-submarine base nearby.  DND recently completed a one million dollar decontamination facility on site for these foreign vessels.

The RCMP Division Headquarters would also fall under the Burnside evacuation plan leaving Nova Scotia RCMP leadership AND communication for the province gravely compromised at the beginning of such a disaster.

Currently Nova Scotia has two major police 911 communication centers separated by 100 kilometres.   This meets the standards of all of the leading authorities in this field.  Clustering the two centers together does not meet those standards of safety.

I respectfully request that the decision to co-locate these centers in the same community be stopped and reviewed. The process should start all over again with safety of Nova Scotians and RCMP officers as the priority focus.

Again, it would give the people of Nova Scotia comfort if the RCMP would make public even one report that indicates that it is now safe to cluster the two major 911 call centres in one community.   I have provided the RCMP with four credible reports stating that this proposal is contrary to these safety standards.

Thank you for considering this request. 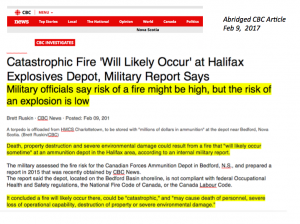 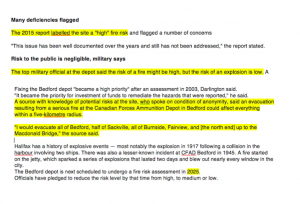 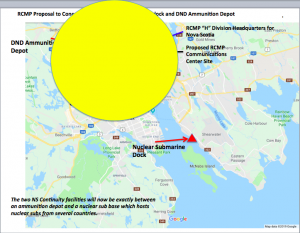 This entry was posted in News. Bookmark the permalink.